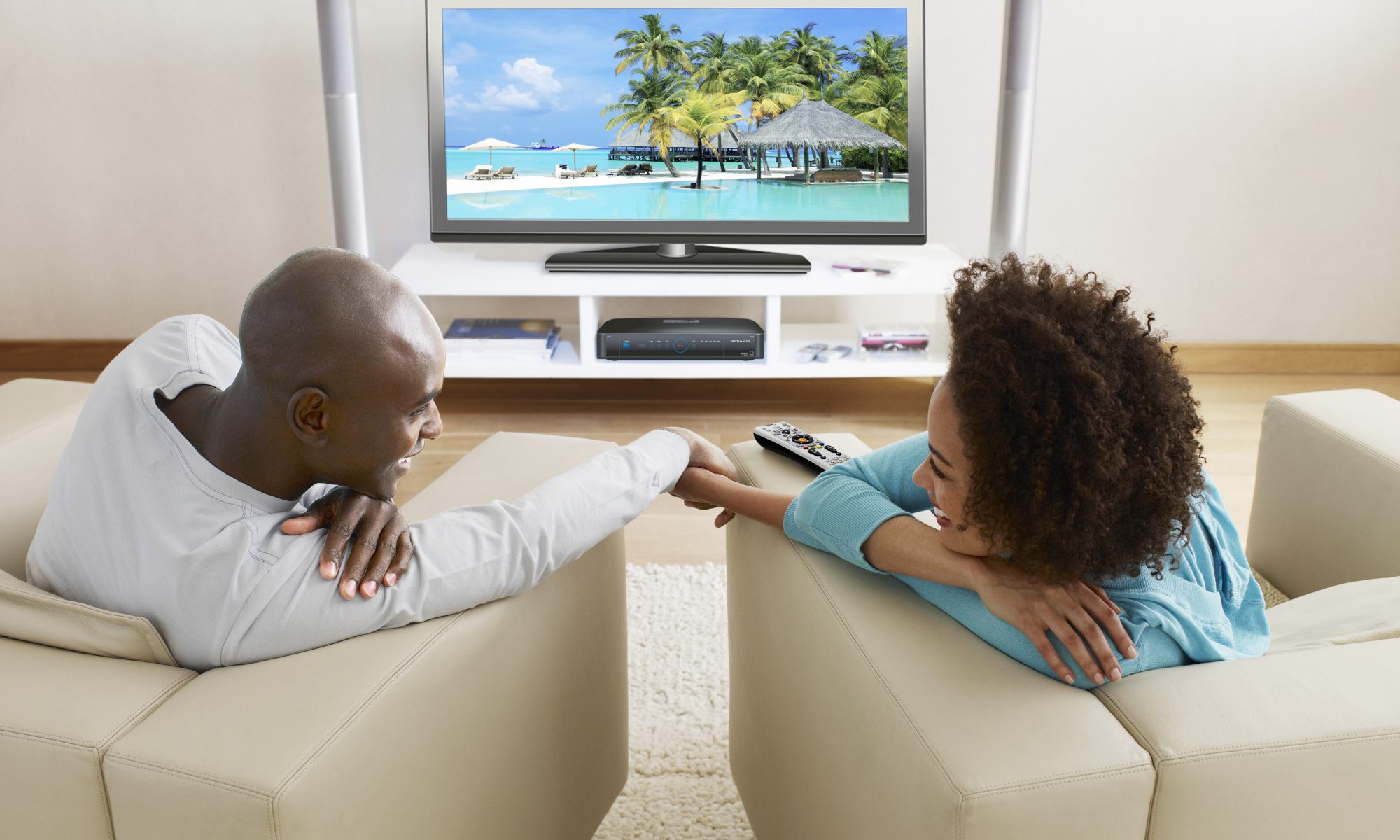 The end component in the entire satellite TV system is the receiver.

The receiver has four essential jobs:

It de-scrambles the encrypted signal. In order to unlock the signal, the receiver needs the proper decoder chip for that programming package. The provider can communicate with the chip, via the satellite signal, to make necessary adjustments to its decoding programs. The provider may occasionally send signals that disrupt illegal de-scramblers as an electronic counter measure (ECM) against illegal users.

It takes the digital MPEG-2 or MPEG-4 signal and converts it into an analog format that a standard television can recognize. In the United States, receivers convert the digital signal to the analog National Television Systems Committee (NTSC) format. Some dish and receiver setups can also output an HDTV signal.

It extracts the individual channels from the larger satellite signal. When you change the channel on the receiver, it sends just the signal for that channel to your TV. Since the receiver spits out only one channel at a time, you can’t tape one program and watch another. You also can’t watch two different programs on two TVs hooked up to the same receiver. In order to do these things, which are standard on conventional cable, you need to buy an additional receiver.

It keeps track of pay-per-view programs and periodically phones a computer at the provider’s headquarters to communicate billing information.

Receivers have a number of other features as well. They pick up a programming schedule signal from the provider and present this information in an onscreen programming guide. Many receivers have parental lock-out options, and some have built-in digital video recorders (DVRs), which let you pause live television or record it on a hard drive.