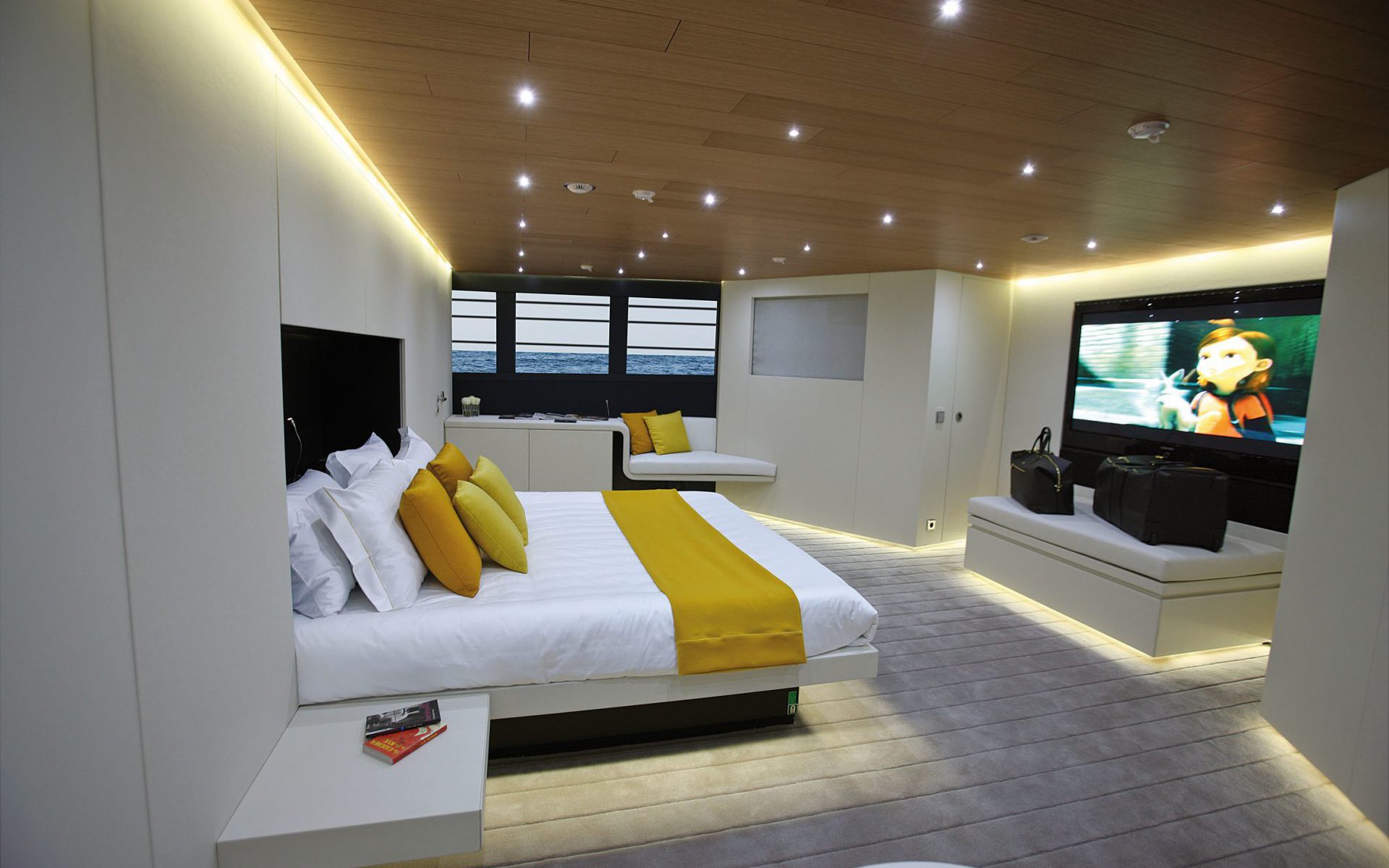 Satellite television is a service that delivers television programming to viewers by relaying it from a communications satellite orbiting the Earth directly to the viewer’s location. The signals are received via an outdoor parabolic antenna commonly referred to as a satellite dish and a low-noise block downconverter (LNB).

A satellite receiver then decodes the desired television programme for viewing on a television set. Receivers can be external set-top boxes, or a built-in television tuner. Satellite television provides a wide range of channels and services. It is usually the only television available in many remote geographic areas without terrestrial television or cable television service.

Modern systems signals are relayed from a communications satellite on the Ku band frequencies (12–18 GHz) requiring only a small dish less than a meter in diameter.

Early systems used analog signals, but modern ones use digital signals which allow transmission of the modern television standard high-definition television, due to the significantly improved spectral efficiency of digital broadcasting.

Different receivers are required for the two types. Some transmissions and channels are unencrypted and therefore free-to-air or free-to-view, while many other channels are transmitted with encryption (pay television), requiring the viewer to subscribe and pay a monthly fee to receive the programming

To receive Satellite TV at Sea you will need a Maritime Stabilized Satellite TV Antenna. This antenna will point to the satellite regardless of the movements of the ship it is on and will do this very accurately. Keep in mind that the satellite is at approximately 35.000 km distance. So you could compare it to shooting through a keyhole with a laserpointer while sitting on a mechanical bull. Not easy if you have to do this manually and this is why there are different antennas for different environments.

Usually the size of the antenna is determined by the size of the ship it will be installed on. Larger ships will have larger antennas and smaller ships smaller. This is mostly due to space and budget but can have aesthetic reasons as well.

Larger antennas receive more signal and will allow you to watch TV in more remote areas or in worse weather conditions than the smaller versions. You should therefore always try to get the largest possible antenna on your ship.

Satellite TV signals are transmitted orthogonally, which means that from the satellite signals are sent horizontally and vertically. This is usually the case in EMEA and Asia. They can also be circular, which means the signal rotates with or counter clockwise. This is more common in the US.

When selecting an antenna for reception of orthogonal signals (horizontal or vertically polarized) then the angle of the of the satellite receiver will become very important. If the skew angle is incorrectly set, which depends your position and the selected satellite, your TV signal will be poor. A 10° error can already make the difference between a good image and no image. More about this when talking about the choice of 2 or 3 axis antennas.

First of all the polarity is important to choose the right LNB (Low Noise Block Down Converter – the receiver). Depending on the region you will sail in you will select either Orthogonal or Circular polarization. For larger vessels who frequenctly need to switch from Circular polarization to Orthogonal you should consider an antenna with the ability to switch between both (Intellian t110W and t130W)

2-Axis antennas are for ships that don’t move heavily (rivers, lakes, in harbour, calm sea, …). The antenna will move around its azimuth (yaw) and elevation (pitch) axis and will usually have a manual or automatic skew adjustment.

So why would you need a 3 axis antenna.

Skew Adjustment: In a 2-axis antenna your skew angle will not move along with the roll or pitch of your ship. If this becomes big (remember the 10° angle when we talked about Orthogonal polarization) then your receiver will not be well aligned with the satellite signal and you will have permanent or intermittent less than optimal signal reception.

If you are going to watch TV at sea during heavy sea then it is recommended to choose a 3-axis antenna which will be able to receive a stronger signal than its same size 2-axis counterpart because of the use of the 3rd cross (roll) axis.

Skew adjustment = ability to adjust the receiver to your geographic location so that the receiver is set parallel to the signal. This only changes when your location changes (by more than tens of kilometers)